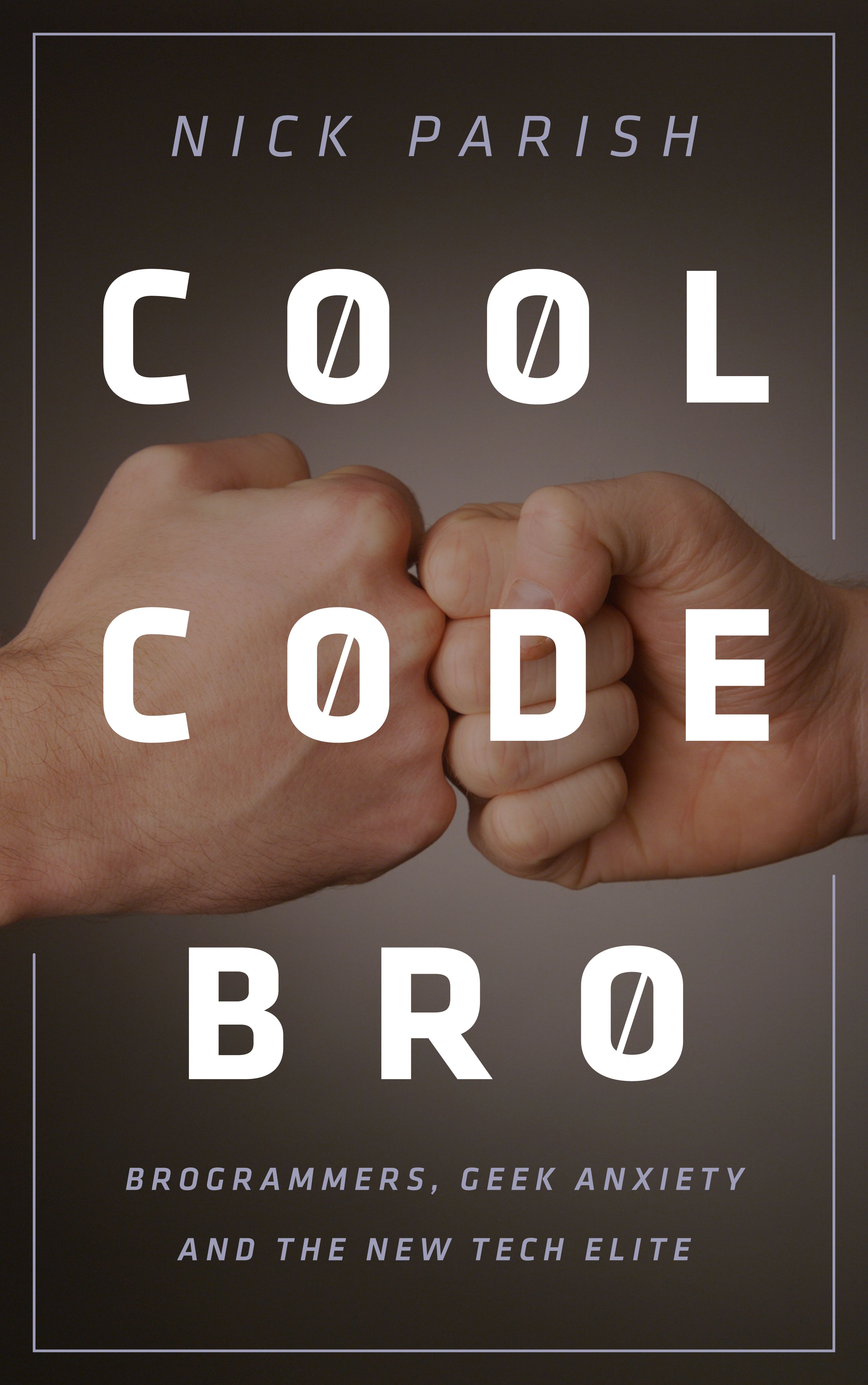 In late-2013 I was lucky to be commissioned by king of Internet culture exploration Tim Hwang to investigate the stereotypical brogrammer—literally jock-ish computer programmers.

The eight-month project turned into an longread ebook we put out in Amazon’s Kindle Store as a Kindle Select exclusive.

Luckily touched on topics more interesting than frat guys and their startups.

The book talks a lot about nascent discussions around feminism and diversity in technology and education as well as the ethics of product creation.

I won’t give it all away, even though much of the change we described was borne out in later events.

You’ll have to check out Cool Code, Bro on Kindle to find out how things end up.